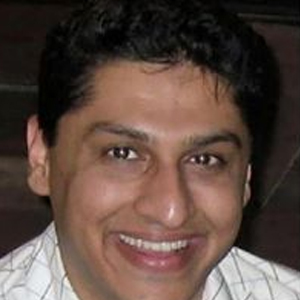 Chairman Of The Board Of Directors

Mr. Nihal F. Cassim serves as the Chief Executive Officer of Safeway Fund Limited and also handles the affairs of Asian Stocks Fund Limited. He is also a Non-Executive Director of Ferozsons Laboratories Ltd. In addition to his position at Ferozsons Laboratories Limited, he is currently a Director on the Boards and Audit Committees of Safeway Fund Limited, Pakistan Oilfields Limited, National Institutional Facilitation Technologies (Pvt) Limited (NIFT) and its subsidiary ISM (Pvt) Limited. Furthermore, Mr. Cassim has also served two terms as a director on the Board of Mutual Funds Association of Pakistan. He holds a “Master of Business Administration” Degree in Finance and MIS from the internationally acclaimed McGill University. In Canada, he has also been a Vice-President and Head of small-cap Investment Banking for First Associates’ (now Blackmont Capital, a CI Financial Company).
Prior to this, Mr. Cassim was responsible for the corporate development of TVX Gold Inc. and was involved in its $4 billion merger with Kinross Gold. He began his investment banking career at HSBC Securities in Canada. His addition to the board has led to the right investment and equity ideas along with enhancement in lines of compliance for TOMCL. 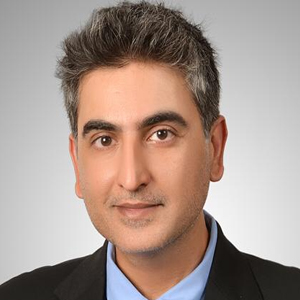 Mr. Faisal Hussain has over 20 years working experience in the sheep casings (meat offal processing) industry and 10 years of experience in the meat processing industry. He is the Founder Shareholder/Director & CEO of the Company.
He holds a “Master of Business Administration” Degree from respected Institute of Business Administration (IBA) and a “Master Of Finance” Degree from Cardiff Business School, University of Wales, UK. He decided to enter the meat industry in 2010, knowing that he has an edge over all other players in the market due to his previous experience in the Meat Offal Industry.
He is the pioneer of contemporary trends in the Pakistani meat industry by adding value to the exporting of raw fresh meat only to Middle Eastern countries. He brought new concepts into the industry, further adding value by offering boneless frozen and vacuum packed beef and mutton meat along with the tremendous increase in export of offal to Far Eastern economies.
It was under his leadership that TOMCL achieved being the only company in South East Asia to have approvals of export to so many destinations including Iran, Iraq, The Maldives and Malaysia. His idea of extending the shelf life of Pakistani beef and mutton meat resulted in the opening of markets like Azerbaijan and Iran for Pakistan.
The same experience and vision has led TOMCL to be the only entity in the Pakistan’s meat industry to process and export the beef offal. They have developed an increasingly growing market in the last five years due to his direct access for years with various offal suppliers and processors globally. He has taken a single product meat industry which used to export only meat carcasses before the entry of TOMCL, to a multi-product industry.
Mr. Faisal has a long family business history since 1932, and is part of the fourth generation in the industry of sheep casings (offal of sheep and goats) with processing units in Karachi, Lahore, and Multan. His family business Mohammad Saeed Mohammad Hussain (Pvt.) Ltd has been receiving the best export performance trophies from the Federation of Pakistan Chambers of Commerce and Industry (“FPCCI”) for the past 15 years. He also owned a restaurant and a café in Karachi for 11 years and a catering company which catered to many multi-national companies. He has been awarded as the “Brand Scientist” by Brands Foundation Organization in 2014 for his achievements in the food and meat industry. 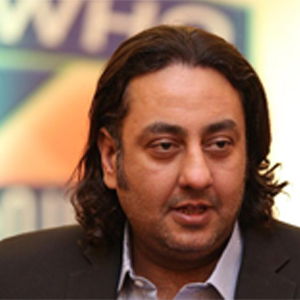 Mr. Ali Hussain is in charge of operations, productions and all aspects of compliance related to the processing plant of the company. Various other departments and aspects like HR, Export, Halal Management Systems, Animal Welfare and CSR are also headed by him. He has been a vital part of the management team since the beginning of TOMCL. Primarily, he was managing affairs of export and export related licenses along with business development for the company. In 2015, he was assigned the affairs of the processing factory and was designated as Chief Operating Officer.
Mr. Ali holds a BSc in Economics from Lahore University of Management Sciences (LUMS) and was president of various student bodies at his university. Furthermore, he has accrued various diplomas and summer school certifications from London School of Economics in the UK in Political Science. He also has vast experience in handling and maintaining the workplace standards for HACCP and ISO 2001-2015. His communal services in the field of sports are notable and he has been the former Secretary for Karachi City Cricket Association. He also owns a catering business which is venturing food supplies to various multinational corporations and embassies. 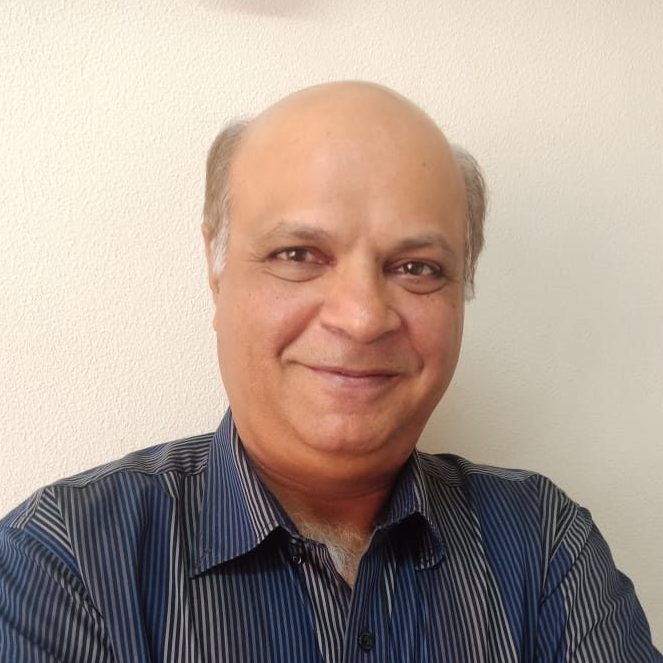 Mr. Rizwan Pinjwani is a Chartered Accountant and holds more than 25 years of working experience. He is a shareholder/director of TOMCL and indulges in various consultations to the company’s management. His experience in the field of finance and equity has helped TOMCL to grow and develop it into a financially sound organization.
Currently, he is also a Fund Manager at RAY Securities. Prior to that, he was Director and Chief Operating Officer at Sindh Gas where he was primarily responsible for implementing projects.
Mr. Pinjwani has led the Investment Banking department of one of the Largest Banks in Pakistan – National Bank of Pakistan where he gained a rich experience of handling debt and equity transactions of large ticket size.

Mr. Salman Hussain is the Director and CEO Lucky Foods (Pvt.) Ltd, a hi-tech dairy in collaboration with Younus Brothers Group. Besides dairy farming, backward integration in agriculture and animal husbandry are major focus areas at Lucky Foods. He carries a strong vision on food related businesses in Pakistan, both for exports and to cater to local markets. Mr. Hussain has worked for Citibank N.A. for 15 years and his last designation was Director and Country Head of Global Transaction Services for Pakistan and Afghanistan. He started his career with the consumer bank as a relationship manager. He rose through the ranks and served as branch manager, area manager, product head and branch banking head for Citibank in Pakistan.
Before moving to the corporate bank in 2011, Salman looked after consumer banks as a Retail Bank Head. He holds a “Master of Business Administration” Degree from the respected Institute of Business Administration (IBA) in Karachi. His presence on the board adds tremendous value to the company owing to his knowledge about the cattle and food industry of Pakistan along with his incredible background functioning for a world class bank. 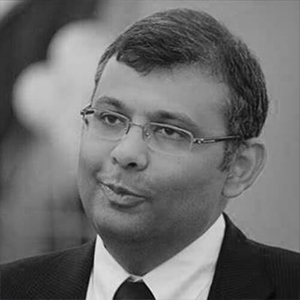 Mr. Owais Zaidi has been on the board of TOMC as an independent director since 2019. He holds a “Master of Business Administration” Degree from the respected Institute of Business Administration (IBA) in Karachi. He has a diversified exposure to various industry verticals and business domains. He is Founder & CEO at Credit Fix – Pakistan’s first credit market place, Co- Founder & Principal Consultant at Infinitum Innovations, Charter Member at Open Islamabad – an NGO and also a Board Member of Pakistan Innovation Foundation.
Prior to that Mr. Zaidi has been associated with several tech companies playing key management roles. His presence on the board adds to the value of the company’s performances due to his dynamic ideas about innovations specially related to production and operations. 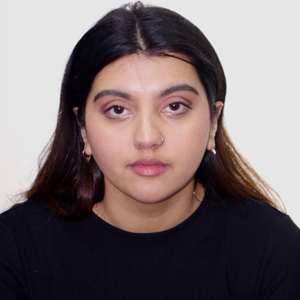 Ms. Hafeez holds a BSc in Philosophy and Economics from the internationally acclaimed and prestigious London School of Economics in London, UK. Young and dynamic with enormous exposure to the tech world, she has added splendid utility in IT, modern industrial operations and compliances for TOMCL.
Her experience includes valuation of different companies through different valuation techniques like discounted cash flow techniques, comparable and other approaches. She has a good understanding of the business models and is also strategically involved in various roles for running the business successfully. She has experience of drafting various researches on growth advisory. 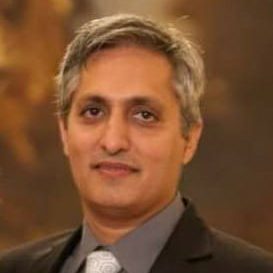 Mr. Aneek has joined the Board of Directors of the Company on 1st December 2020. He holds a “Master of Business Administration” Degree from the prestigious Institute of Business Administration (IBA) in Karachi. He is the founder and CEO of Revelation group. With a portfolio of companies expanding from advertising, publications, digital platforms and media solutions, he has been instrumental in bringing innovative marketing solutions and the creation of strong collaborative platforms for Pakistan. He has been the sole representative for many international festivals and events including the most prominent CANNES LIONS FESTIVAL for Pakistan for over a decade and has played a pivotal role in creating a space for Pakistan on many international platforms.
With extensive experience of over 23. years in the field of marketing, Aneek brings with him a strong understanding of the food industry as he has been involved with many major consumer food companies in the strategic advisory role. His innovative vision and outlook will add value to the organizations growth both in local and international markets.